Kydavr perfectly combines interactive projection technology and trampoline, centering on the core technology of motion capture, combined with a mature three-dimensional game engine, to upgrade the ordinary trampoline game to an interface with many interactive games, players do not need to rely on keyboard joysticks Or a mouse, you can simply and directly control the game through physical activities during the jumping on the trampoline, and enter the wonderful world of fusion of reality and reality!

The interactive trampoline has a large area, safety and parent-child interaction. The large trampoline can prevent children from losing control when jumping. All trampolines are wrapped with soft materials, allowing children to completely release their exercise space and freedom.

Players can directly participate in the game in the projection by bouncing their limbs, such as stepping on hamsters crazily, hamsters will appear from time to time in the trampoline game scene. When children jump up and down, choose the hamster as the landing point, and step on the hamster. It can be eliminated, and children can be enthusiastic about participating in the experience. In addition, there are more exciting interactive games. The interactive system can analyze the actions of multiple people at the same time to achieve the effect of real multi-person interaction. The game content can be customized according to customer requirements.

Virtual and real integration: traditional trampolines are integrated into interactive projection games. When users bounce and fall from the trampoline, they can step on monsters, airplanes, balls and other objects in the virtual game, bouncing indulgently, interacting happily, and superimposing joyfully!

Multiplayer interaction: Play with multiple people, stepping on one after another, as if launching a wheel war of turns attacking the virtual space. Feeling the same hatred and anger, narrowing the psychological distance between users.

Multiple scenes: a variety of theme games, changeable styles, and subsequent upgrades, to maintain the stickiness of children participating in interactive games for a long time. 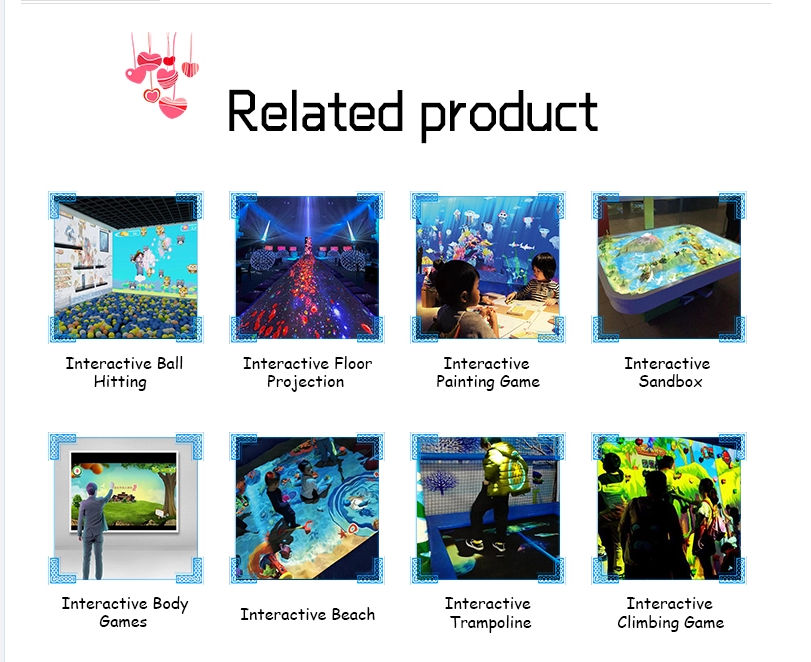 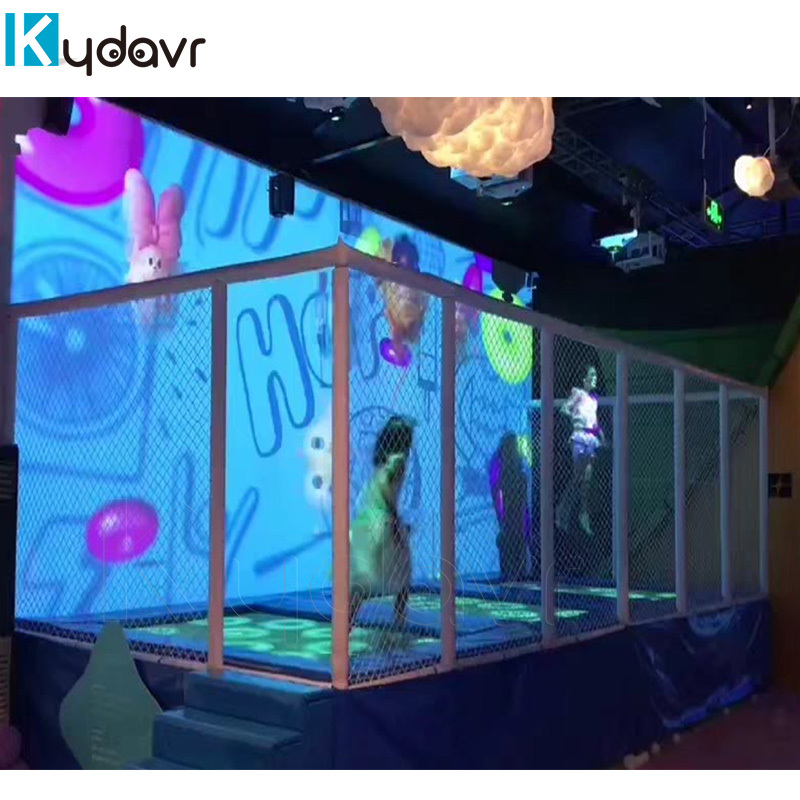